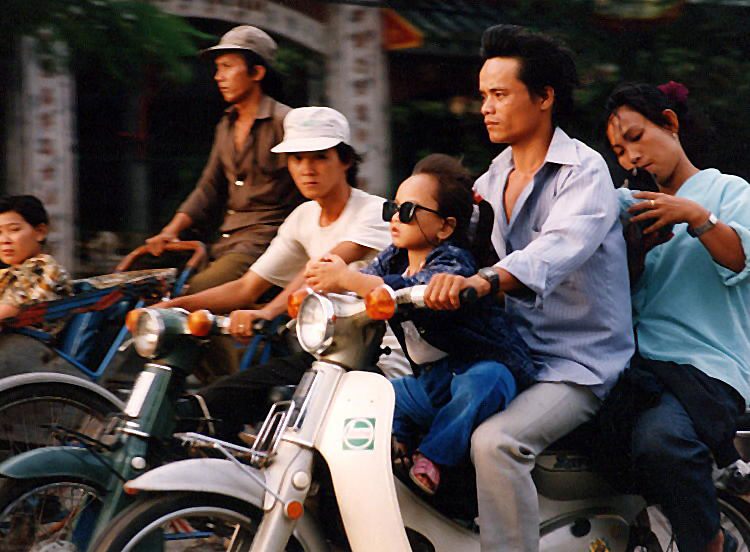 The Dangers of Roads In Developing Countries

For the uninitiated, crossing the road in a busy Vietnam city such as Ho Chi Minh can be a harrowing experience, although one that most of us get used to fairly quickly. Basically if you waited for a break in the traffic you could potentially stand on the pavement all day. Following the example of locals you simply step out into oncoming traffic, walking steadily and without stopping, the idea being that the cars and motorbikes avoid you. Personally I find the only way I can do it is if I  look ahead at the opposite side of the road and not at the vehicles bearing down on me.

Have you been to India? Big city roads are congested, road rules often ignored and honking constant. Following a trip to India last year, upon returning to Perth we marvelled at how quiet the roads seemed. The ABC recently reported that India has some of the deadliest roads in the world, government statistics showing 150,000 people dying on the road annually. The Indian transport minister is reported to have said that more Indian people have died in road accidents than in wars.

Take care when travelling on or crossing roads when overseas. Choose your vehicle carefully, make sure it looks and is roadworthy, always wear a seatbelt and think twice and then a third time before hiring a motor bike. Western countries have safety standards for a reason and you should aim for at least the equivalent, particularly when travelling on roads that are far busier and less controlled than those at home.  Whilst the locals may be happy to get on overcrowded buses and ferries and although it may be significantly inconvenient to wait for something else, consider that it might be  also be considerably safer.