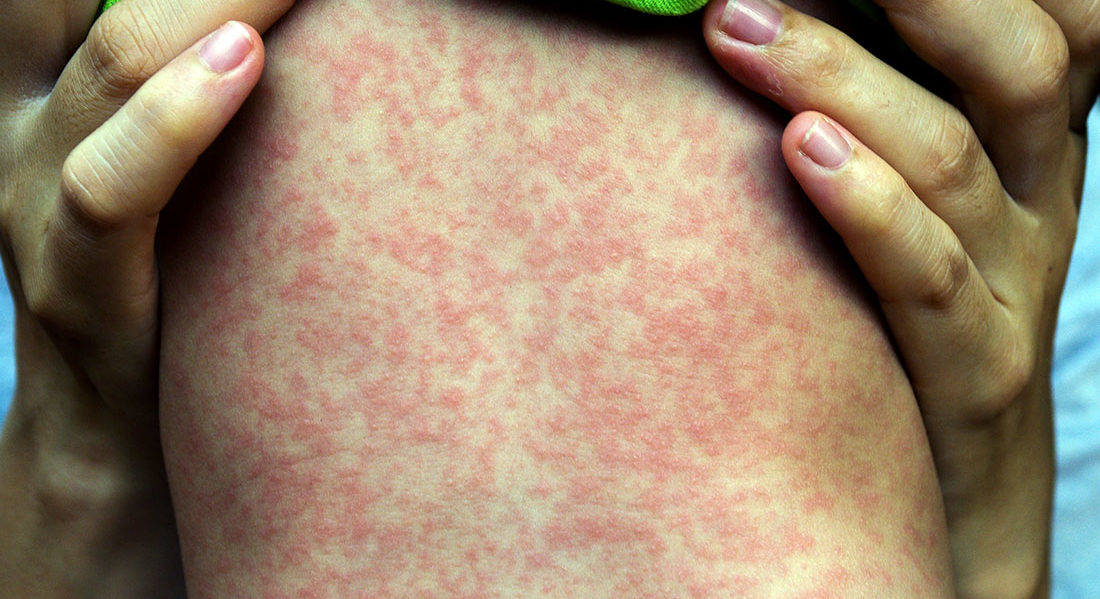 The main risks associated with overseas travel to any destination are food and water borne, mosquito, and airborne diseases. In most instances the risk is greatest in developing countries, but not always.  With measles outbreaks being reported in many countries including Israel, Thailand, Japan, Vietnam, Ukraine, the Philippines and New Zealand, in 2019 the CDC  issued a global measles outbreak notice.

Measles( from the Latin meser, relating to miserable) was described by Persian physician Rhazes in the 10th century. He distinguished it from smallpox and believed it to be the worse of the two. The virus was isolated in 1954, and the first vaccine developed in 1963.

As a result of mass immunisation programs, many doctors have never seen a case of measles, and have even less experience with its complications. Typical symptoms include a cough, conjunctivitis and a rash starting from the head and spreading to the torso and extremities. There is often a high fever that disappears quickly with the onset of the rash. Incubation is up to two weeks, with people being infectious from two to four days before the rash to four days after.
Complications include middle ear infections, diarrhoea and pneumonia with encephalitis one in every 2000 cases (sometimes years later). There is also emerging evidence the immune system is suppressed for up to 5 years after infection. Death occurs in 0.1-0.3% of cases and is higher in children under five and people who are immunocompromised. The death rate in developing countries is up to 15%, mainly from diarrhoea and pneumonia.

Two doses of the combined measles/mumps/rubella vaccine is 99% effective. However, measles is probably the most contagious of diseases, remaining infectious in the air for up to two hours, and very effective at finding those not immune. Over 90% of non-immune contacts will catch it.

Whilst two doses of the vaccine now form part of the childhood immunisation schedule, this has not always been the case and people born between 1966 and 1982 may only have had one vaccine and should get another. Most people born before 1966 will have natural immunity.

WHO declared Australia measles free in 2014. All subsequent outbreaks here have been traced back to someone returning with it from overseas, making immunity in travellers vital. Whilst given at 12 and 18 months on the current childhood schedule, the first dose can be given as young as six months and early immunisation is often considered for those children whose overseas travel puts them at particular high risk.